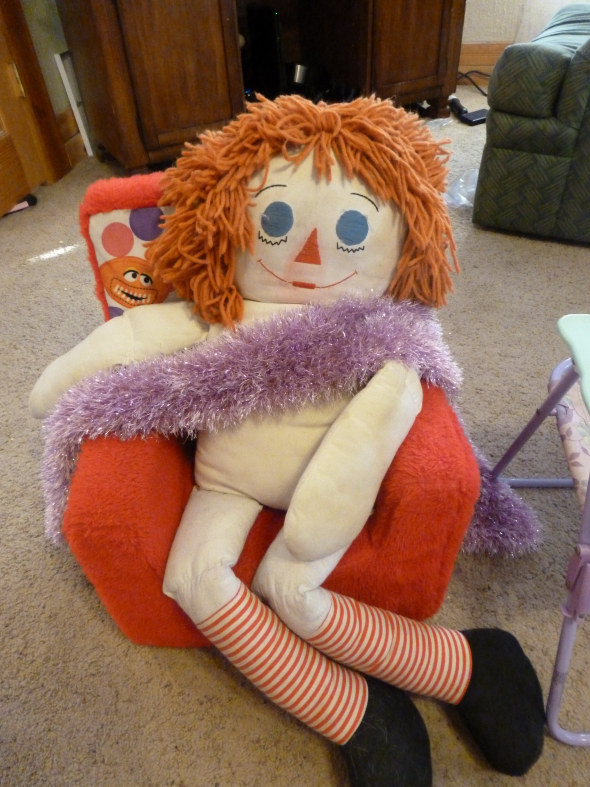 These are all the most likely reasons why I love Sweaters for Days (NSFW: Language).

Jenny Trout (formerly known as Jennifer Armintrout) is an up-and-coming self-published (and published-by-other-places published) author who also writes under the pen name of Abigail Barnette. As far as her actual books, I’ve only read two, which I will touch on at a later time. I’m here today to talk about her amazing, hilarious, and oftentimes thought-provoking blog.

What originally drew me to Jenny’s blog was a link from a brief recap of the Fifty Shades book series.  I am pretty notorious for this series to quickly become one of the few things I don’t just dislike, but borderline abhor, not only for its awful story line, but for repeatedly insulting my love of all things grammatically correct.

Someone linked from this recap Jenny’s own deconstruction of the offending series. To say that she puts a hilarious spin on the terribleness that is E.L. James is an understatement. Each post has me quite literally LOLing. Take this excerpt for an example (SPOILER ALERT, if you’re into bad literature and haven’t yet read the Fifty Shades books):

Mia. Mia. What if he doesn’t have Mia? How can I check? If I call Grace it will raise her suspicions, and possibly endanger Mia.

“Hey Grace! Is Mia home?” How fucking hard is that? Can you imagine the trouble it would be to live in this universe. Every time you fucking called someone: “Hey, Bob, is Jerry in?” “No… no, he’s not. OH GOD SOMETHING HAS HAPPENED TO JERRY! OH GOD, JERRY’S DEAD! I MEAN HE MIGHT STILL BE AT WORK, BUT HE’S PROBABLY DEAD! WHY?! WHY?! WHYYYY?!”

I’ll be honest with you, I’ve read that particular recap at least 10 times, and I never stop laughing.

But beyond the hilarity of the recaps, Jenny gets into some deeper issues with these books than just bad logistical problems and E.L. James’ sad attempt at being an author. Namely, she pinpoints every detail that highlights how incredibly abusive this relationship is, and why it’s a sad state of affairs that so many women wish they could have a love like Ana and Christian’s.

Christian picks up Ana after work – hey, what happened to the R8 he just bought her?

So, she’s still getting picked up by Christian like this is preschool. Christian knows stuff is wrong, and Ana thinks:

Maybe now? I could tell him now when we’re in a contained space and Taylor is with us.

She wants to tell him when Taylor, the armed bodyguard, is there to protect her. BUT THIS IS ALL OKAY AND TOTALLY ROMANTIC.

“Ana, what’s wrong?” His tone is a little more forceful, and I chicken out.

Beyond her Fifty Shades deconstruction, Jenny is also doing an episode-by-episode recap of one of my all-time favorite shows, Buffy the Vampire Slayer. While she does point out many problems with the series and the way the characters are written, you can see that she loves the show.

Jenny keeps an eye on specific themes that play throughout the series, which quickly becomes an ever-expanding list that begins with:

In every generation there is a chosen one. She alone will never be quite successful at her attempts to cook quinoa. She will also recap every episode of Buffy The Vampire Slayer with an eye to the following themes:

If you are a fan of Buffy, it’s kind of a toss-up on whether you will like these recaps or not. I love them, despite their happy-bubble-popping tendencies towards certain characters and episodes that I’ve always enjoyed, but some people may get testy about those sorts of things.

If you’re not a fan of Buffy, I suggest you watch along with her and get with the program, because seriously, Buffy’s awesome, and what, are you living under a rock, or something?

My absolute favorite part of these recaps are the captions:

And this is why people don’t like going to Michael Stipe’s Halloween parties, guys.

To be fair, sometimes the material just writes itself!

Meanwhile, in the same community theatre production of Grease: