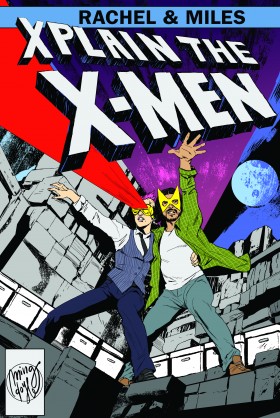 As a comic book nerd growing up in the 90s, I’ve always had a soft spot in my heart for the X-Men. It’s probably because of the wonderfully 90s-esque X-men cartoon. But while I’ve always liked them in concept, I’ve not read many X-men comics. Why? Because they’re so damned hard to pick up and read without having a history lesson. And even then you’ll need History 101, Alternate History 101, and Retcon History 101. A lot of mainstream comics have a very mixed up continuity that comes from decades of new writers changing the stories to fit their desires, but the X-Men seem to be the reigning champs of Continuity-In-Disarray. What is a comic book reader to do? 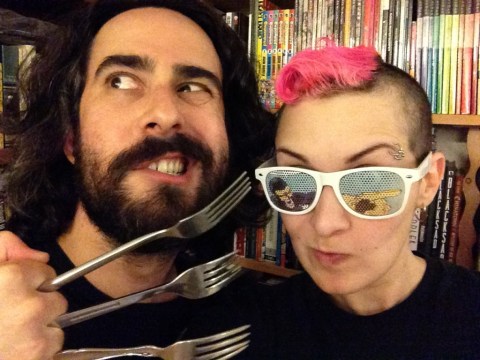 Enter: Rachel Edidin and Miles Stokes, and their podcast Rachel and Miles X-Plain the X-Men. Their stated purpose is to move (rather quickly) through the convoluted and confusing continuity (<–alliteration that would make Stan Lee proud) of the X-men and related characters (and books and other media), starting with their introduction in the 1960s. After a brief survey of the Silver Age issues in the first few episodes (with a small detour in episode 3 to discuss the above mentioned cartoon), they have begun to dive deep into the new(er) era of comics.

The show is full of humor, informative, quick paced and not without it’s criticisms of the source material (see: Rachel’s hate-on for Professor Xavier). Whether you’re a long time fan, or one of the uninitiated, this show will help you to sort out the important information from the not so important, so that you can enjoy the stories for what they are, and maybe give you some idea why the history of the X-men is so screwed up to start with. And more than that, the duo are insightful and delightfully geeky and just a pleasure to listen to.